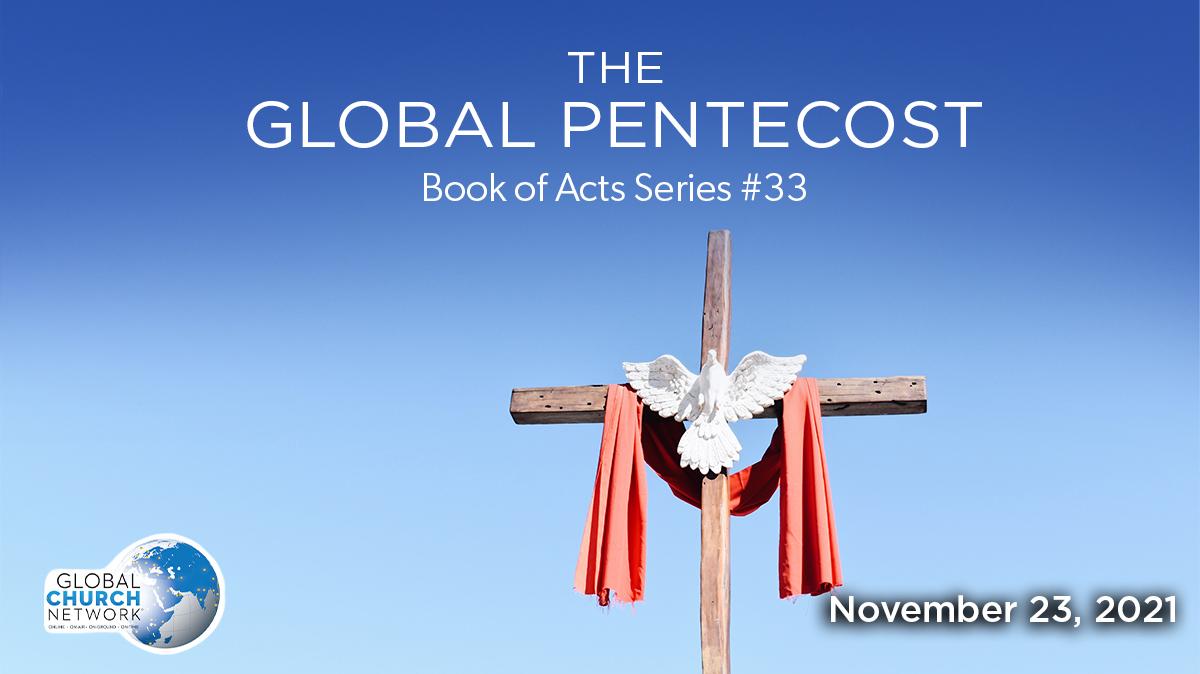 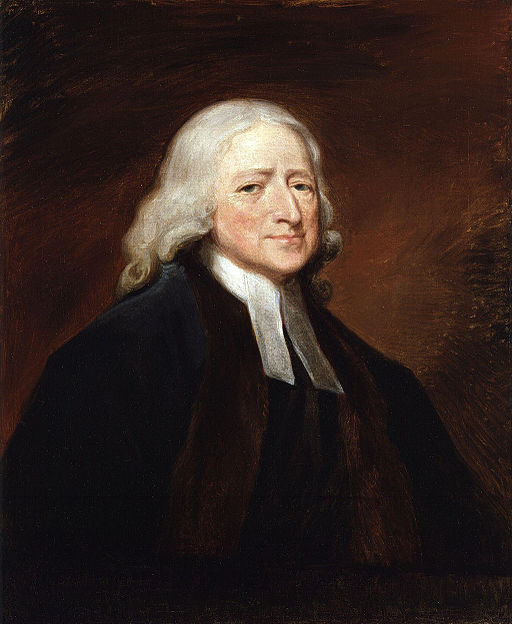 Of course, we do know that mere profession does not prove possession. Do you possess the reality of a born-again experience? Is there evidence in your life? Where is the evidence? Profession does not necessarily prove possession. Maybe you are familiar with the story of John Wesley who was the founder of the Methodist movement. John Wesley was the son of a pastor. He had a godly mother; her name was Susanna Wesley. He went to Oxford for school and later became a professor of Latin and Greek.

He became a missionary and he came to America. There was something going on in his heart. There was a restlessness on the inside of him because he professed to be a Christian, but there was something that caused him to wonder if he was genuinely saved. Then, he ran across a group of Moravian Christians and saw something in their life, some evidence, which he didn’t have in his life. He wrote, “I went to America to convert the Indians, but who will convert me?” He didn’t have the evidence.

Sometime after that he made his way into a little chapel and heard someone reading Luther’s preface to the book of Romans, talking about how Jesus makes a change in your heart when He becomes your personal Savior. He said that he felt that he did trust Christ as his personal Savior. He said that he was receiving Him into his heart and life. He said, I felt my heart strangely warmed. That strangely warm experience became evidence to him that he had genuinely been born again. Do you have the evidence? 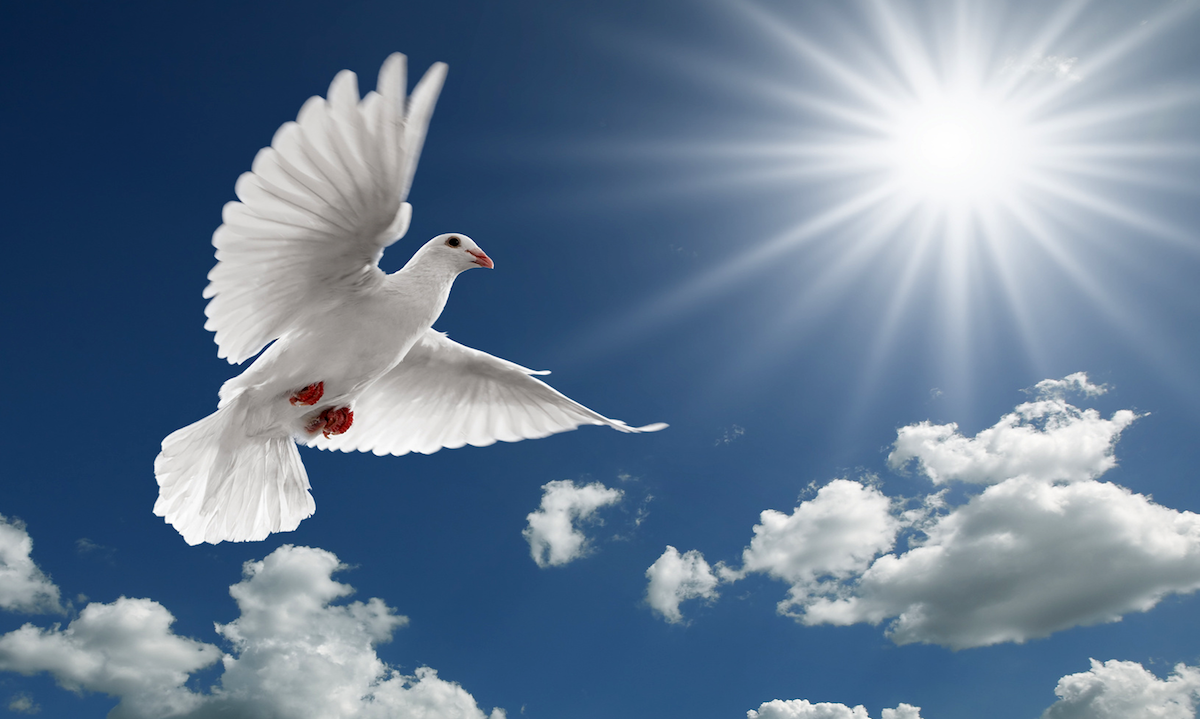 One of the misunderstandings it has led to is that there is a two-step Christian experience. There are some people, from this passage, who have taught that you receive Christ as your Savior, then at a later time you receive the Holy Spirit. There is a great deal of misinformation about the role of the Holy Spirit today. I would encourage you that whatever you hear about the person and work of the Holy Spirit, you check your Bible and find out what the Bible has to say about him.

I’m dealing with God when I come to the Bible. I don’t understand everything the Bible reveals about God. There are some things I receive by faith. According to the Bible, if you receive Jesus as your Savior, God the Father comes into your heart. Jesus Christ the Son comes into your heart. God the Holy Spirit comes into your heart. If any man doesn’t have the Spirit of Christ, he is none of His. In fact, Paul writing to these very Ephesian believers puts it this way in Ephesians 1:13, “In whom you trusted after you heard the Word of Truth, the gospel of your salvation, in whom since you believed you were sealed with that Holy Spirit of promise.”

Now the filling of the Holy Spirit is something different. The Bible commands us to be filled with the Spirit. So, he detects something is wrong here. There is some evidence that’s missing. He asks the question, “Did you receive the Holy Spirit when you believed?” There was something missing in their life. There was no evidence. That’s what we deal with today. 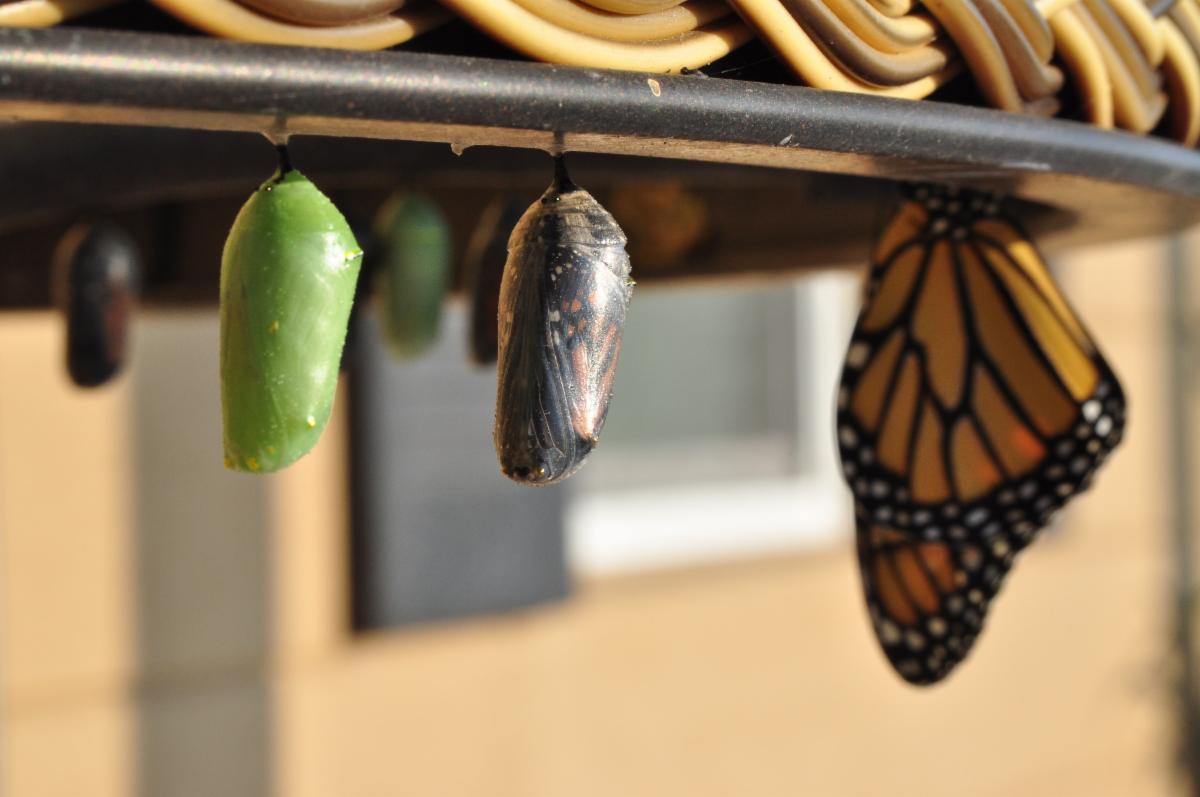 I know when I was saved on July 15, 1973, I know that Jesus came into my heart through the Holy Spirit. It doesn’t mean I don’t sin anymore, but it does mean I can’t sin and enjoy it anymore. I have someone in me who calls me out of bounds when I sin.

Somebody says, “Oh, preacher, I can sin and it never bothers me.” Then you are probably not saved. If you are just doing the same things you used to do, going the same places you used to go, talking the same language you used to talk, then chances are you’ve never been saved. Where’s the evidence?

He says in verse 3, “Unto what then were you baptized?” Isn’t that interesting? He asked a question about baptism. Does that mean you have to be baptized to be saved? No, that’s not what it means. We’ll talk about baptism in a moment. In fact, it is possible to be baptized and not be saved. Isn’t that right? But if you have never been truly born again, going through the waters of baptism won’t do the trick. There has to be more than just going through a baptistery.

II. We Can Examine A Supernatural Transformation
(Acts 19:5-7) 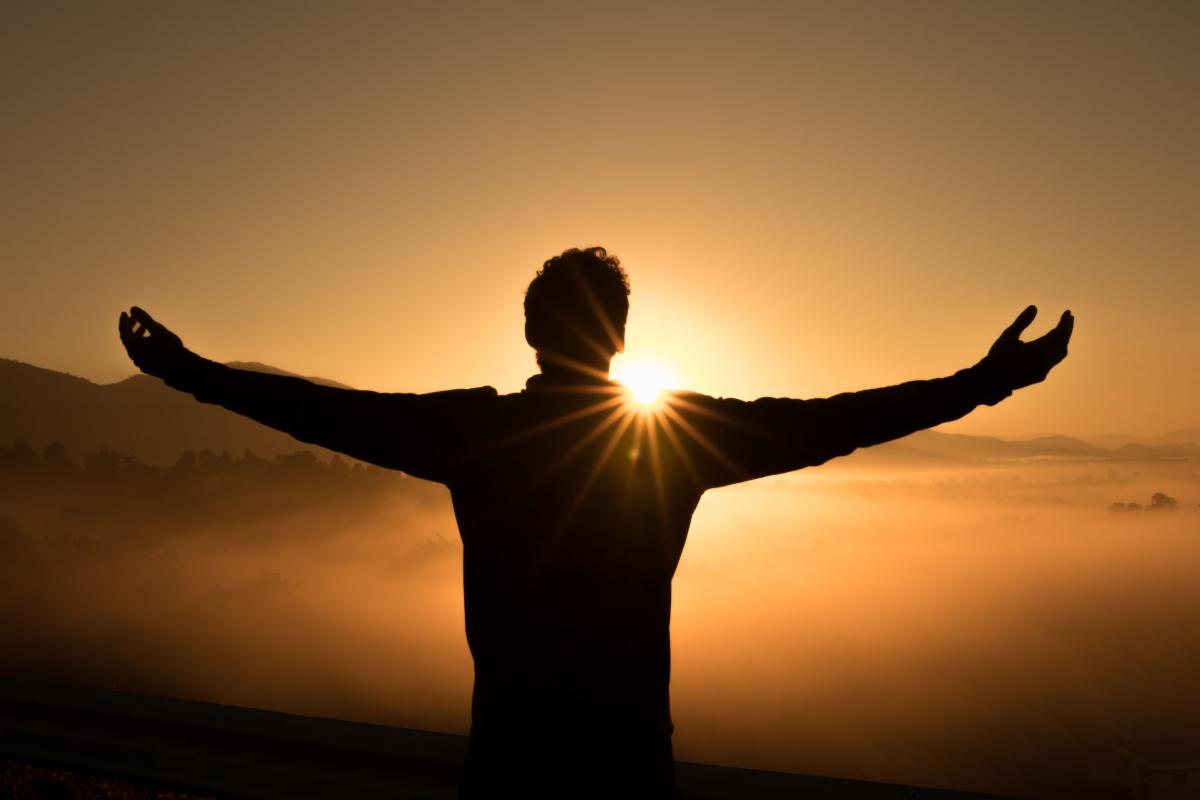 Something happens to these disciples of John. They are now going to move on from John to Jesus. There are some people who have their identity in a preacher instead of the Savior.

There is the story of a young man who came staggering up to a preacher one day on the street and said, “Oh, preacher, it’s so good to see you. I’m one of your converts.” The preacher said, “Yea, you look like one of my converts. You’re certainly not one of the Lord’s converts.”

There is a belief ABOUT Jesus; everybody believes about Him. There are some people who believe IN Jesus. They believe He is who the Bible says He is. But you have to go to that third position. You have to believe ON Jesus. That means you surrender your life by repentance and faith to the Lord Jesus Christ. The Bible says, “believe ON the Lord Jesus Christ and thou shalt be saved.” Have you believed on Jesus?

So, when Paul preached this, there was a supernatural transformation. These people are saved. There is some evidence here. Verse 5 says, “They were baptized in the name of the Lord Jesus.” That’s what I call the ceremonial evidence. Baptism will not save you. However, once you are saved, you ought to be baptized. Have you been baptized? Have you received Christ as your Savior? Baptism won’t save you because it is an outward expression of an inward experience. It’s not what happens on the outside that saves you, it’s what happens on the inside. Baptism does not confer salvation. Salvation confirms salvation.

Somebody says, “If baptism is not essential to salvation, it’s no big deal.” Jesus was baptized in John’s baptism. In fact, you study the New Testament carefully and you will discover that Jesus walked 70 miles to be baptized. It’s not unimportant. Jesus walked 70 miles to do it. Jesus has commanded that you follow the Lord in baptism. It doesn’t save you, but it gives a testimony that you have been saved.

Here’s what happens. When a person is baptized, they are lowered into the water. When a person is lowered in the water, they go down like that and come up out of the water like that. That’s a picture of what Jesus did for us. Jesus died; He was buried; three days later, He rose again. When you are baptized you are telling everybody about Jesus.

But in addition to that it’s a picture of what happened when you received Christ as your Savior. You are saying, “My sins have been forgiven and buried with Christ.” When you come up out of the water you are saying, “I’m a brand-new creature in Jesus to the best of my ability, with His help and power, I’m going to live for Jesus the rest of my life.”

In Acts 19:6, Paul laid his hands on them and the Holy Spirit came on them. They spoke with tongues and prophesied. It is true that the Holy Spirit comes in a person when he or she is saved. Yet, it is clear in this passage that the disciples were baptized in water because they had been saved. Then, Paul lays his hands on them and they are baptized in the Spirit and spoke in tongues like the Day of Pentecost.

I remember when my sister was born. I was an only child for 11 years. I remember when it became apparent around the house that I was going to have a brother or a sister. In those days you didn’t know. Nowadays you can figure it all out and tell how many toenails they have. Some couples today decide to wait until the baby is born to see if it’s a boy or a girl. I’ve got news for you, it’ll be one or the other. You don’t have to worry. 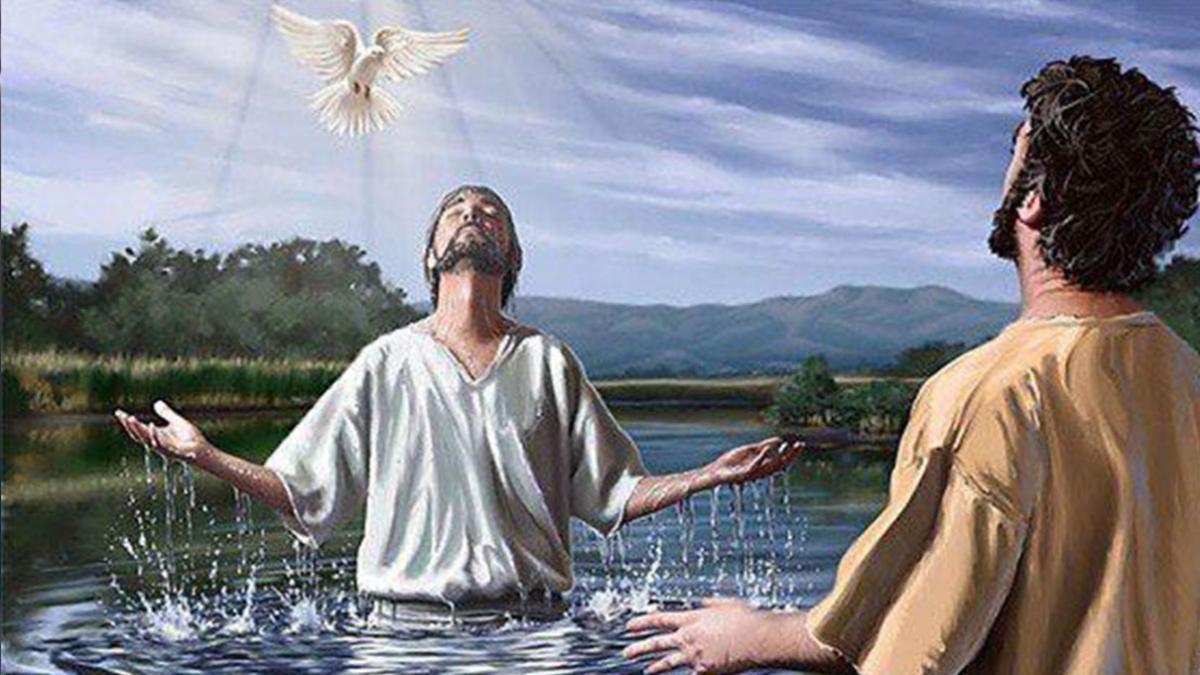 Paul did what he normally did. He went into the synagogue and for about three months he was disputing there and trying to set before the Jewish people the claims of the kingdom of God. Paul’s policy was always to go to the Jews first and then to the Gentiles. In verse 9, as they so often did, they became spiritually hardened. They rejected the offer of the kingdom. So, he separates and goes to another place.

In verse 10, there is what I want you to get: “and this continued by the space of two years, so that all who dwelt in Asia heard the Word of the Lord, both Jews and Greeks.” Everybody in that whole part of the world heard about Jesus. How did they do that? “He was on TV every Sunday morning at 8:00 in Asia.” No. “they produced some CDs with Paul’s preaching on it and handed it out to people.” No. “They put advertisements in the social media ads, announcing the gospel.” No. Yet it said, “all in Asia heard.”

I’m going to have to jump a little ahead. Turn over to the 20th chapter. I’m going to show you how that happened. I’m going to show you how they did it in those days. Acts 20:20. There Paul talks about what he did in Ephesus. “I kept back nothing that was profitable unto you. I have shown you. I have taught you publicly from house to house.” No, Paul couldn’t have visited all the homes there. That simply means there were other Christians who helped him. Not only house to house, but wherever people were. You and I have the responsibility, as born-again believers, to get the message out to our city and our area in any way we possibly can so that everybody hears.

We have a responsibility as Christians and as a church to allow the Holy Spirit to take charge of our lives and make us witnesses for the Lord, so that all who are in community might hear about the Lord Jesus. The evidence that I’m allowing the Holy Spirit to really work in and through my life is that I want to tell others about Jesus.

D. L. Moody was one of the great evangelists of all time. He was a layman, founder of the Moody Bible institute in Chicago, started a book publishing company that operates until this very day. He was a phenomenal man. He was never an ordained preacher as such, just a converted layman. What a powerhouse for the Lord. D. L. Moody started a Sunday School in Chicago and ran over a thousand children in that Sunday School.

Moody had a donkey and on Sunday School morning he would get on that donkey and take a route, picking up boys and girls. He would go into homes, get them out of bed, and get them dressed to take them over to Mr. Moody’s Sunday School. They called him “old, crazy Moody.” We need a lot more crazy folks who will get interested in boys and girls. We need some of you people to get excited about reaching lost people in our cities. He was a mighty man of God. God’s spirit worked powerfully through him. He preached crusade everywhere like Billy Graham.