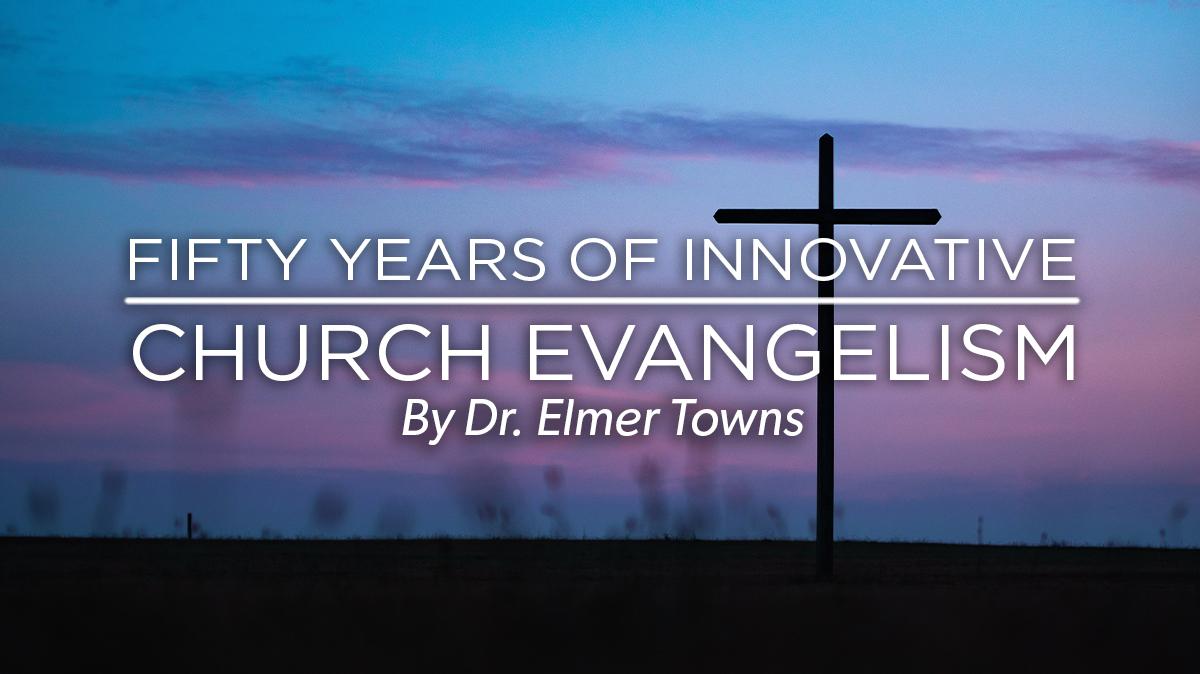 During the 1950s a negative dread swept over Protestant churches, many mainline denominations reported a decline in attendance, membership, and offerings. A newspaper article shocked readers when it announced, “God is Dead.” What else could be the response when nationally recognized churches were declining?

But against that national gloom, a bright new movement dawned. Several innovative expressions of evangelistic outreaches among evangelical churches showed optimism. As an interested observer and/or participant at Thomas Road Baptist Church, Lynchburg, Virginia, I began writing on the new movement in church growth, specifically among evangelical churches, (1) the explosion of large Sunday schools, (2) next the praise/worship church, and (3) and finally, the multisite church. 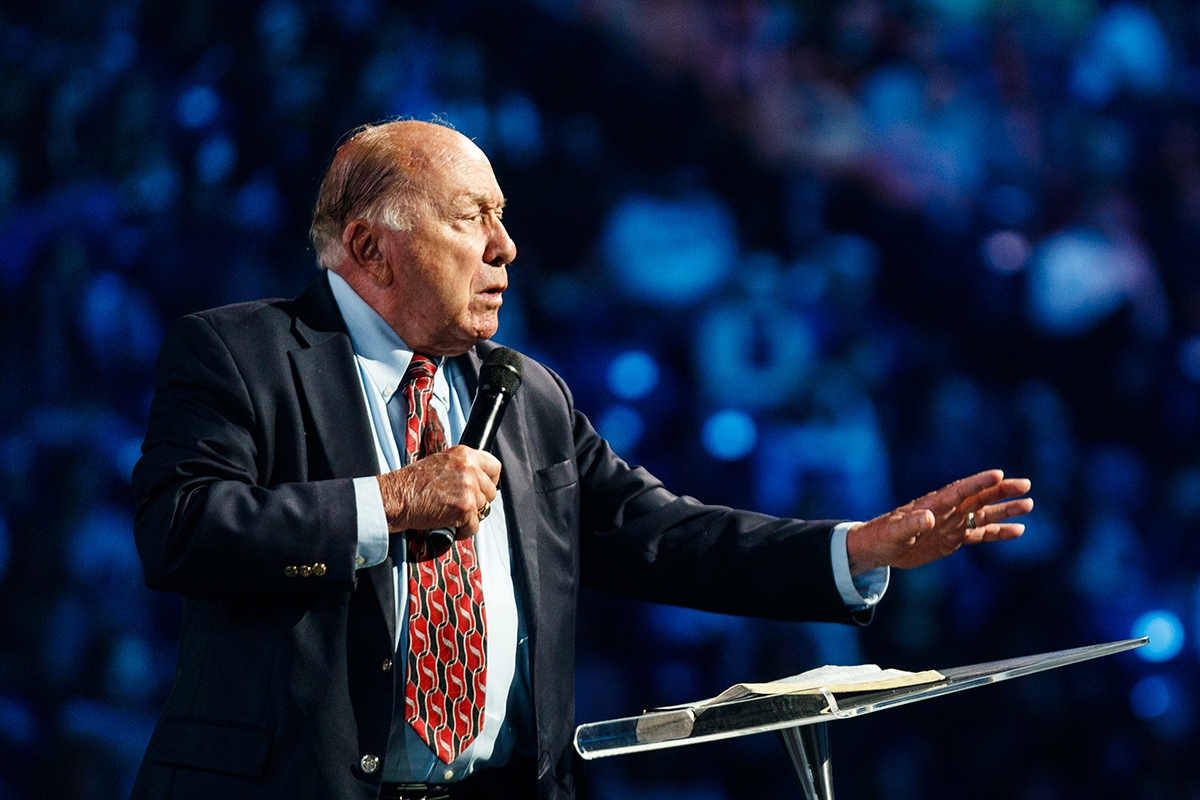 Then I decided to conduct a national research to find the ten largest Sunday schools in the United States, i.e., what methods they used, the effectiveness of their methods, and how they integrated evangelism into the life of the total church.

Attention to the ten largest Sunday schools received immediate and overwhelming response. Then with further research I released The Ten Largest Sunday Schools And What Makes Them Grow . The public wanted to know more. This book stayed on the bestseller list for 14 months demonstrating public interest in large growing Sunday schools.

Historically the dominant American Protestant churches in America had been focused on liturgical worship experiences of deep organ tones, people praying responsively from the hymn book, and listening to short sermons. But these new evangelistic churches with growing Sunday schools were evangelistically focused much like traditional revival meetings where the gospel was preached, invitations to receive Christ were given at the end of the sermon and people coming forward for salvation. These Sunday schools were organized around the evangelistic purpose of the church. Teachers visited prospects to solicit attendance and/or to lead potential class members to Christ.

These churches not only focused on large Sunday school attendance, but they also focused on yearly evangelistic campaigns to build attendance. These churches kept statistics concerning numbers of people being saved, baptized, and added to the church. Teachers gave a gospel invitation for students to receive Christ. These churches are characterized by Aggressive Organizational Evangelism. 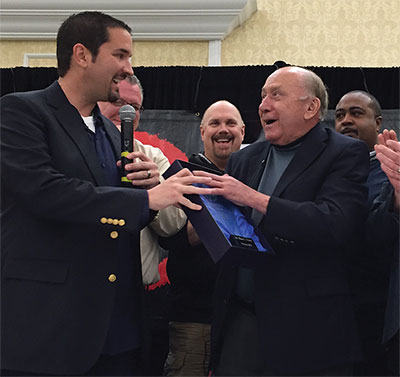 In the mid-1980s a new evangelistic strategy developed among churches that was different from the Sunday school emphasis largely found in Baptist, Pentecostal, and Independent churches. It was also different from traditional “dead” Protestant churches, a new strategy aimed at the emerging Baby Boomer generation appealing to the “me” generation, or the consumer-generation. Baby Boomers were consumers who chose churches like they were shopping for the necessities of life. They wanted a new meaningful church experience from their parents. As an experience-driven generation, they chose a church to touch God … feel God … and meet God personally.

I talked to a gentleman who left a liturgical church to became an avid worshiper in a Baby Boomer church. He had been turned off by evangelistic preaching in the Sunday school church. He complained, “They just preach at me.” When first attending a praise-worship service and hearing the beat of drums, guitars strumming, and the whine of a Hammond organ, his hands went up and he worshiped God, “This is me!” he replied. He prayed in his heart while singing the worship songs from the overhead screen and confessed, “I found myself lifting my hands to God, singing to God, talking to God, and I experienced God.”

These praise-worship churches began to grow and explode in attendance. Yes, they were worship centered, just as traditional Protestant churches, but more than that; they were “worshiper centered,” where each experienced God’s presence. They felt this was the way church ought to worship.

When I saw the revolution on worship, I wrote another bestseller; Ten of Today’s Most Innovative Churches published by Regal Books, 1990, describing the new worship experience.

These new Baby Bloomer churches introduced innovative contemporary praise-worship music reflecting contemporary sound, not the traditional quiet solemn worship. The pastor’s new role equipped believers for ministry, rather than his past role of being the center of pastoral duties. The new contemporary pastor led a team of men and women; each ministering in his/her area, the pastor was no longer the center of ministry. The new approach bonded people to one another, rather than just joining as a church member. Also, Baby Boomer churches spread out with multi-services in the sanctuary, even using Saturday night for church services. That prepared the way for the most innovation in evangelistic outreach. 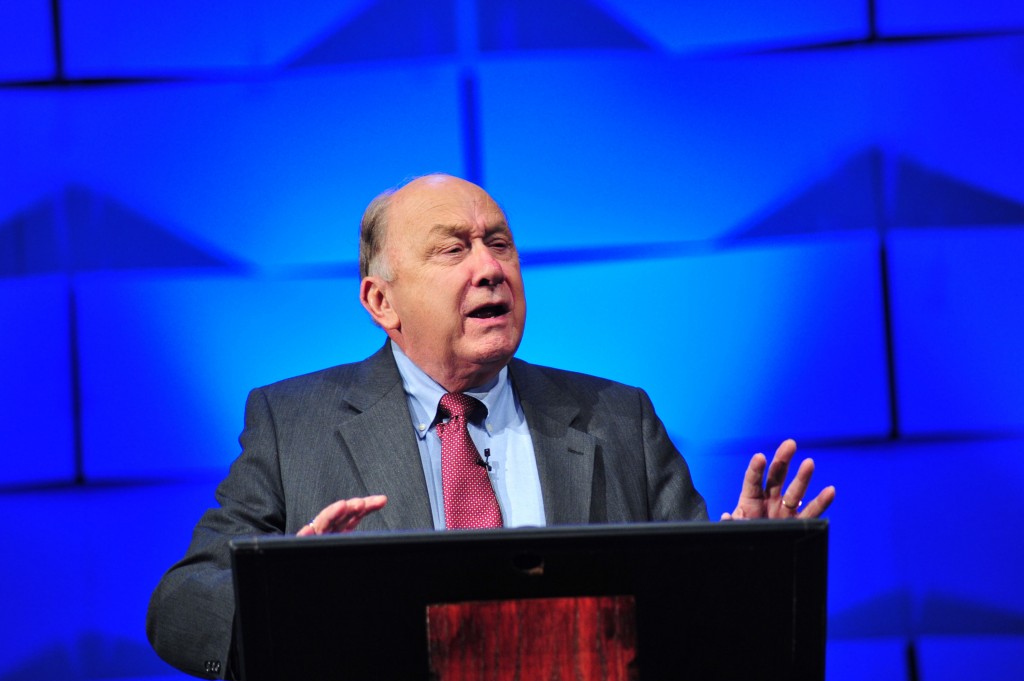 Remember in the 1960s, it was the successful organized Sunday school outreach to the multitudes. In the 1990s, it was the Baby Boomers using innovative praise/worship service to worship God, and at the same time unsaved were attracted to their experienced-based worship. Now in the 2020s a new expression (method) of church outreach is the multisite church. More than just bigger sanctuaries, multisite churches exploded beyond city limits, beyond state boundaries. Some multisite churches cover their entire state. Some covered their entire nation. A few reached out around the world.

In 2020 I released Ten Of The Largest Growing Church Ministries Aggressively Touching The World. To reflect the evolving publishing industry, several of these large churches sent an email copy of this book to their church members. Over 300,000 (a third of a million) copies were distributed, while not producing added income for the publisher, nor did it receive recognition from news services to put this book on the bestselling list, God has used the message of the book to enhance and grow the work of these ten multisite churches. 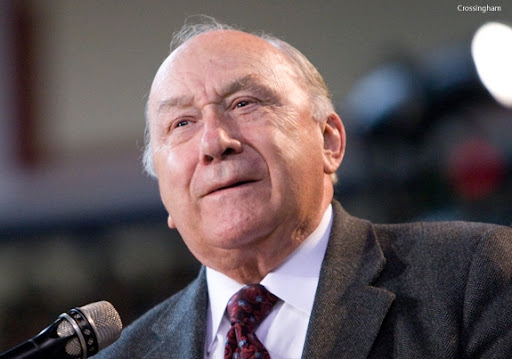 1. The Church of the Highlands, Birmingham, Alabama – 55,000 worshipers. A multisite church in 55 locations across Alabama.

2. Hillsong Church, Australia – 150,000 worshipers. Some claim this is the largest attended church influencing the world through television, social media, and church planting. Hillsong International Leadership College is located in several nations around the world with students representing 70 countries, and Hillsong worship is shared by their television channel seen in over 180 countries.

3. Life.Church, Oklahoma City – 100,000 worshipers. The largest attended church in the U.S. with over 40 campuses across America.

4. World Harvest Center, Fiji – vision to plant 100,000 churches. Pastor Suliasi Kurulo planted and built the church to over 5,000 in attendance, but has planted over 7,000 churches throughout the Pacific Ocean.

5. The Redeemed Christian Church of God, Nigeria. Planted 42,000 churches in Nigeria and in 180 nations around the world. Its vision is to plant a church within five minutes of everyone in major locations around the world. The first Holy Ghost Congress was held in 1998, with over seven million attendees, the largest gathering of people in a church worship service televised worldwide by CNN and BBC.

6. Global Church Network. While this is not a “church,” it influences megachurches and church planting agencies sharing strategy, vision, and news, plus instructs over 60,000 church planters with online training, and face-to-face teaching in their 100 HUBS around the world.

7. Glory of Zion, Corinth, Texas – 55,000 worshipers. One of the largest worship services using the internet by live streaming to its aligned believers (church members) and its 10,000 worldwide house churches.

8. New Life Assembly of God, Chennai, India – 60,000 worshipers. The largest attended church in India with an average of 60,000 worshipers weekly in 5 campuses and has planted 150 churches.

9. Word of Hope Church, Manila, Philippines – 60,000 worshipers. With 60 satellite churches and has planted over 300 independent churches in the Philippines.

10. Love Fellowship, Southern Asia. An underground church that has planted 30,000 house churches and 5,000 street churches by translating the Bible in the native languages of the people and using the Bible to plant new churches.

When Jesus promised to build His church, notice the things He did not include, i.e., methods of evangelism, or ministry, or worship or organizational forms and functions. Also, He did not include all the doctrinal intricacies we include in our church’s designations today.

Jesus’ idea of church was broad enough to involve all the variations that different people in different cultures have followed in worship experience. Jesus’ idea was also broad enough to include the various organizational structures that different cultures have followed. And also, Jesus’ idea of church was broad enough to include all the ways and methods churches have used to operate themselves, to function properly, and to accomplish the goal that Jesus set for all His followers, “Go into all the world and make disciples (followers) of all people groups, and I will be with you till the end of this age” (Matthew 18:19-20, ELT).